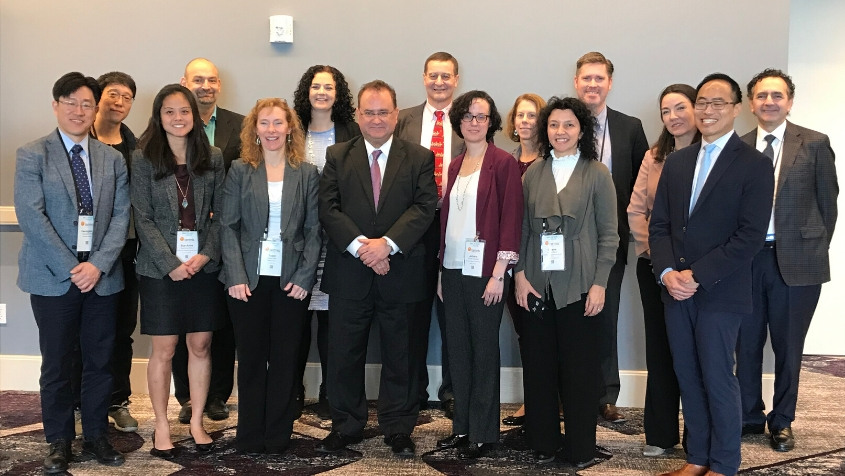 Rice bioengineer Antonios Mikos celebrated his 60th birthday in a fashion befitting of a tissue engineering pioneer: with a research symposium, organized by longtime friends, colleagues and former students.

The event took place on Dec. 2 in Orlando, Fla., in advance of the annual conference of the Tissue Engineering and Regenerative Medicine International Society, Americas chapter (TERMIS-AM).

The day included talks from leaders in tissue engineering selected from among Mikos’ collaborators and former trainees, 3D printing experts associated with the Center for Engineering Complex Tissues (CECT), of which he is the director at Rice.

The event celebrated the impact Mikos has had on the field through his legacy of mentorship. He was presented with an academic tree highlighting his influence on generations of students and tracing his legacy back to the founder of organic chemistry, Justus von Liebig of the University of Geissen.

Throughout his career, Mikos has mentored more than 67 graduate students and 39 postdoctoral fellows, 22 of whom remain in academia at institutions including Chung-Ang University, Georgia Tech, Hanyang University, Mayo Clinic, the University of Texas at Austin and Virginia Tech.

Mikos is the Louis Calder Professor of Bioengineering and Chemical and Biomolecular Engineering. Before joining Rice in 1992, he was a postdoctoral researcher at the Massachusetts Institute of Technology and Harvard Medical School. He received his Ph.D. in chemical engineering in 1988 from Purdue University and his Dipl. Eng. in 1983 from the Aristotle University of Thessaloniki, Greece.