Student Spotlight: How Rice 360° inspired this student to grow into a leader

Even before she set foot on campus Paula Ayala had a heroine at Rice University — Rebecca Richards-Kortum. 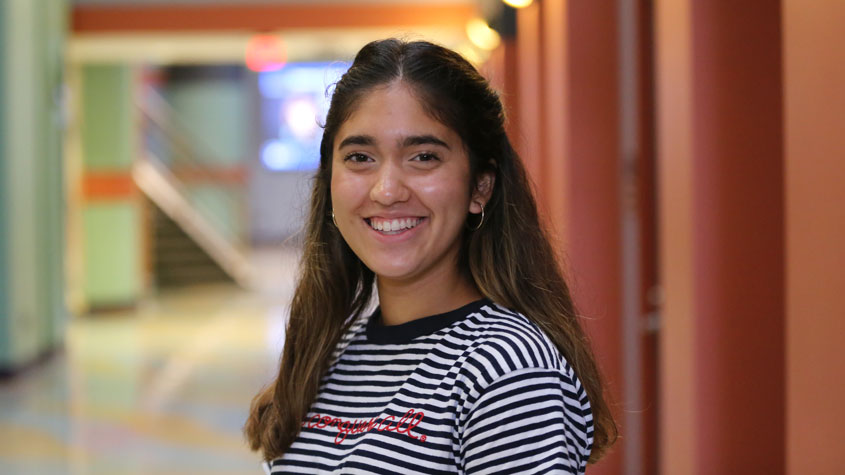 This profile is the part of our series of Spotlights on Diversity in Engineering, which recognize individuals, teams or organizations with connections to the Rice University School of Engineering.

Even before she set foot on campus Paula Ayala had a heroine at Rice University — Rebecca Richards-Kortum.

“She is a celebrity, which is kind of unusual for someone who’s an engineer," said Ayala, a junior majoring in bioengineering with a minor in global health technologies. "She makes machines that help people, and that’s what I want to do."

Richards-Kortum is the Malcolm Gillis University Professor, professor of bioengineering and director of the Rice 360° Institute for Global Health. This summer, Ayala spent two months in Brazil on a Rice 360° internship, developing medical devices.

While in Brazil, she worked in the Hospital de Amor in Barretos, in the state of São Paulo, interviewing patients and medical practitioners. She and a partner designed and coded the front and back ends of a mobile Android app called Sorrisos to simplify communications between patients in rural Brazil and doctors in Barretos. “By the end I felt so proud to be Latina,” she said.

Ayala wrote weekly blog posts describing her experiences at the Brazilian hospital. In the operating room she witnessed her first surgery, on a patient with femoral cancer. She nearly fainted. In a blog post she writes:

“The link between shadowing surgeries and my prospects of being a good engineer seemed pretty simple to me. I want to design medical technologies — some of which would be used on open flesh. Therefore, I need to see open flesh to know what to design. If I can’t sit through an operation, what good am I to a design team or to a patient? And while some might argue that that’s not the case at all, unfortunately, it’s a mantra I’ve repeated for years.”

Doctors and nurses came to her aid and shared their stories about fainting in the O.R. She adds:

“I went from almost crying from embarrassment to almost crying from gratitude. Things had not gone according to plan. In that moment I decided to stop dwelling on something that was out of my control and focus on how far I had come and how much I had learned through it all.”

Ayala straddles cultures, nationalities and languages. She was born in McAllen, Texas, on the border with Mexico. Her mother was Colombian, her father Mexican, and both are oil engineers, as is her maternal grandfather. The family moved to Tulsa when she was a year old and later to Brazil and Houston. Her mother has founded a start-up company, Quantum New Energy, based in Houston. Ayala is fluent in English, Spanish and Portuguese, and has a conversational command of French.

Last year at Rice she made a mathematical model of the human kidney. In the Oshman Engineering Design Kitchen she led a design team working on a device to monitor kidney function in patients with chronic kidney disease.

As a research intern at Rice’s Bioscience Research Collaborative, Ayala designed and tested two working assays for detecting the premature rupture of membrane in pregnant women in low-resource settings.

Along with her academic work, Ayala serves as internal affairs chair for the Rice chapter of the Society of Women Engineers, and as public affairs chair of the campus Society of Hispanic Professional Engineers. She’s also captain of Rice Women’s Club Soccer.

“Being an enthusiastic leader is important,” she said. “That’s something else I’ve learned thanks to the opportunities Rice has given me.”