Rice bioengineer Jordan Miller was selected as a Kavli Fellow and shared his research at the Kavli Frontiers of Science 4th annual Israeli-American Symposium. 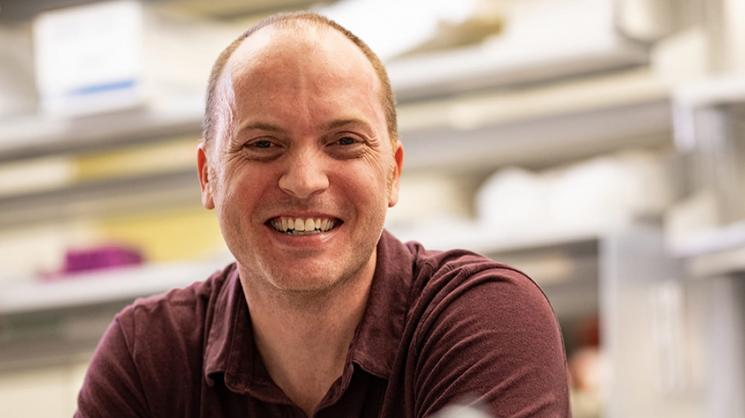 Jordan Miller, assistant professor of bioengineering at Rice University's George R. Brown School of Engineering, was selected as a Kavli Fellow and shared his research at the Kavli Frontiers of Science 4th annual Israeli-American Symposium.

The National Academy of Sciences symposium took place Sept. 16-18 in Jerusalem. Miller presented his groundbreaking work on 3D printing organ replacements during the symposium’s poster sessions—the same work that was featured on the cover of the May 3, 2019 edition of Science.

Selected by a committee of Academy members, attendees are distinguished young researchers who have already made recognized contributions to science, including recipients of major national fellowships and awards, and who have been identified as future leaders in science.

The Frontiers of Science symposium series was established in 1989 and more than 200 of its alumni have been elected to the National Academy of Sciences. Twelve have been awarded Nobel Prizes.

Miller is a Rice alumnus who joined the Department of Bioengineering in 2013. He holds a bachelor’s degree from MIT and a Ph.D. from Rice. His research group develops new biomaterials, 3D-printing methodologies and sacrificial casting strategies to enable the rapid fabrication of engineered tissues containing perfusable vascular architectures.

Miller is a co-founder of Volumetric, a Houston-based startup whose mission is to empower the next generation of advanced biofabrication with high quality materials and systems for 3D bioprinting.