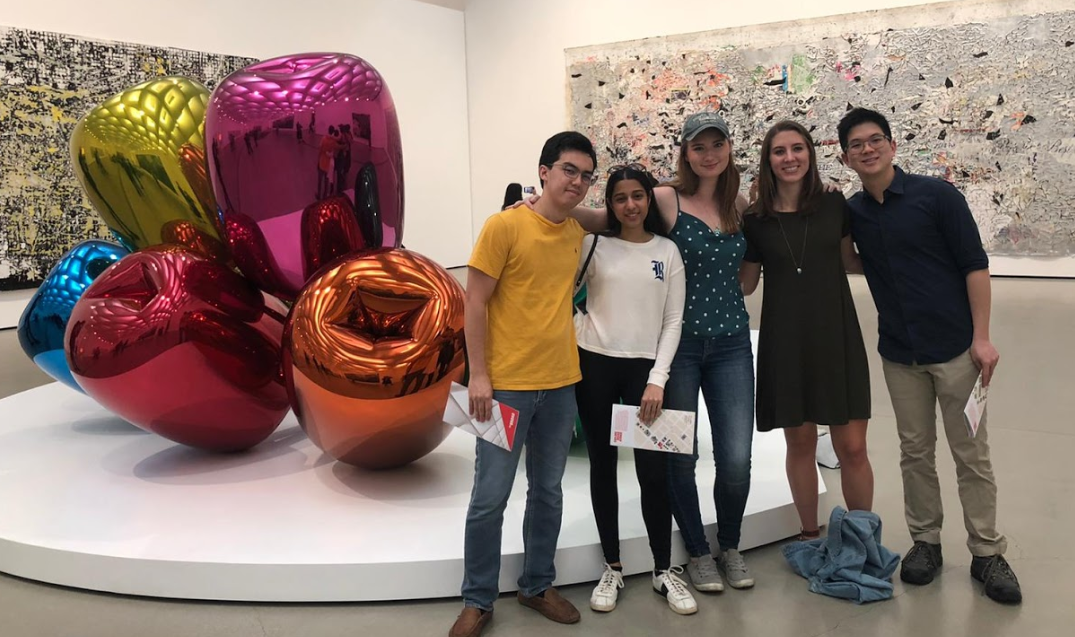 The most recent big thing to happen for me was our trip to the SWE 2019 conference in Anaheim, California. This conference sports the largest job fair for engineers and it truly lived up to its title. It started off like a typical conference with massive amounts of people herded into a room to listen to a keynote speaker, eat bagels, and drink coffee. Next, I sat in on a few talks that I really enjoyed the topic of and then it was time for the career fair. I planned to arrive about 20-30 minutes early so I could get a head start. Little did I know that you could not arrive early enough; when I arrived there was already a horde of hungry job seekers waiting outside and more joining by the minute. Once I had assimilated into the horde, all there was to do was wait for the doors to open. At 2:00pm sharp the doors opened and we flooded the job fair and began lining up to speak to recruiters. It was organized chaos with massive lines forming in front of each booth and conversations occurring everywhere filling the air in the room with indiscriminate noise. Over all, I was able to make my way to the companies I wanted to speak to and made connections with the recruiters so despite the chaos of the job fair I would say it was a good time. I was even able to walk away with some cool gifts the most notable being an umbrella and ceramic thermos.

Beyond SWE we got to spend a little bit of time seeing LA and Anaheim and I am here to say the traffic felt just like how the movies describe it. One of the highways even had eight lanes for all the people and we still were sitting in stand still traffic. Once we actually made it to our destination, we got to eat some good food and see some cool art. While waiting for our flight back we went to the Broad in LA to see some modern art that was great to look at but too much for me to understand. Among my favorites at the museum was “Angry Because It’s Plaster, Not Milk” and “Peg Leg Liberty Bell” by Edward Ruscha and Jeff Koons respectively. I also watched some movies and short clips there that were also a very neat, different way of portraying modern art. After the museum we went to the Grand Central Market where I got some currywurst which was bratwurst cooked in curry sauce served with bread and fries. It was a little pricey but so was everything in California; and it was definitely the best thing I ate over the entire trip.

The other trip I got to take was to San Antonia to visit the Alamo and Riverwalk. This trip reversed on me because I was excited for the Alamo but by the time I left I realized how small the Alamo was and thought the Riverwalk was the better part of San Antonio. We also were fortunate enough to go during the chalk walk so we got to see all the people’s beautiful chalk drawings and one was even of the logo for my undergrad school! The best part was on the way back when I decided to stop at zaxby’s for my friend Erik so he could try the sauce since he kept insisting cane’s had the best sauce. After two chicken fingers dipped in zax sauce and a 20 minute breakdown in the car ride back he was finally able to admit it might be better. We were able to close out the debate when we tried cane’s and zax sauce side by side and Erik could no longer deny that zaxby’s had the better sauce.

Apart from the trips, the school work and project side have been going good. We pitched our ideas to CDI and the teams got reshuffled to accommodate new needs so I am now working on a project concerning prolonged air leaks in the lung after surgery along with my new teammates Hannah, Katherine, and Sanjana. This project is quickly moving towards the prototyping phase putting us on pace to have our pitch put together for CDI by the end of this year or early next year. As far as my pediatric radiology project, it has been moving along quite well. Thanks to all the help from our stakeholders we are eagerly moving into the brainstorming and prototyping phase of the project so we are on track to have a final prototype by the end of the next semester or maybe even sooner.