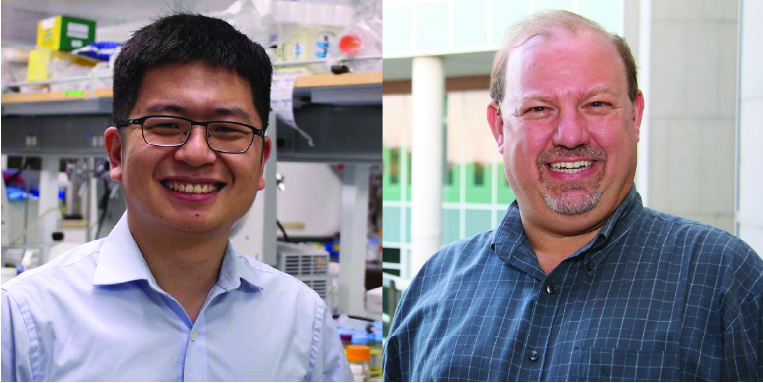 Two Rice bioengineers have received a two-year, $50,000 grant from the Hearing Health Foundation to study the causes and potential treatment of Ménière’s disease, a malady of the inner ear that results in vertigo, tinnitus and, in some cases, hearing loss.

The funding goes to Robert Raphael, associate professor of bioengineering (BIOE), and George Lu, assistant professor of BIOE. Their project is titled “Understanding the Biophysics and Protein Biomarkers of Ménière’s disease via Optical Coherence Tomography Imaging.”

“The endolymph is a specialized fluid within the cochlea that is the driving force for hair cell mechano-transduction,” Raphael said. “We know that disruption of endolymph homeostasis can cause hearing and balance problems that result from the increased amount of fluid and hydraulic pressure within the endolymphatic space.”

One condition is endolymphatic hydrops, known as ELH, which are associated with Ménière’s disease. The etiology of ELH remains poorly understood, in part because the inner ear is contained within the temporal bone, the densest bone in the body. This makes it difficult to study the causes of ELH and other inner ear diseases in living tissue. Raphael and Lu propose development of non-invasive molecular imaging technology to study the relation between ion transport and ELH.

“We will use a recently developed protein-based contrast agent to enable non-invasive imaging of the internal structures and the ELH protein biomarkers,” Lu said. “These contrast agents are based on a group of gas-filled protein nanostructures named gas vesicles that strongly scatter light when used with optical coherence tomography (OCT) imaging.”

The Rice collaboration will combine the Raphael lab’s expertise in the biophysics of the inner ear and the Lu lab’s development of OCT contrast agents.

Menière’s disease is named after the French physician Prosper Menière, who studied the condition in the nineteenth century. The annual incidence rate of the disease is estimated to be about 15 per 100,000.

The Hearing Health Foundation, previously known as the Deafness Research Foundation, is a nonprofit organization that funds research aimed at the prevention and cure of hearing loss.