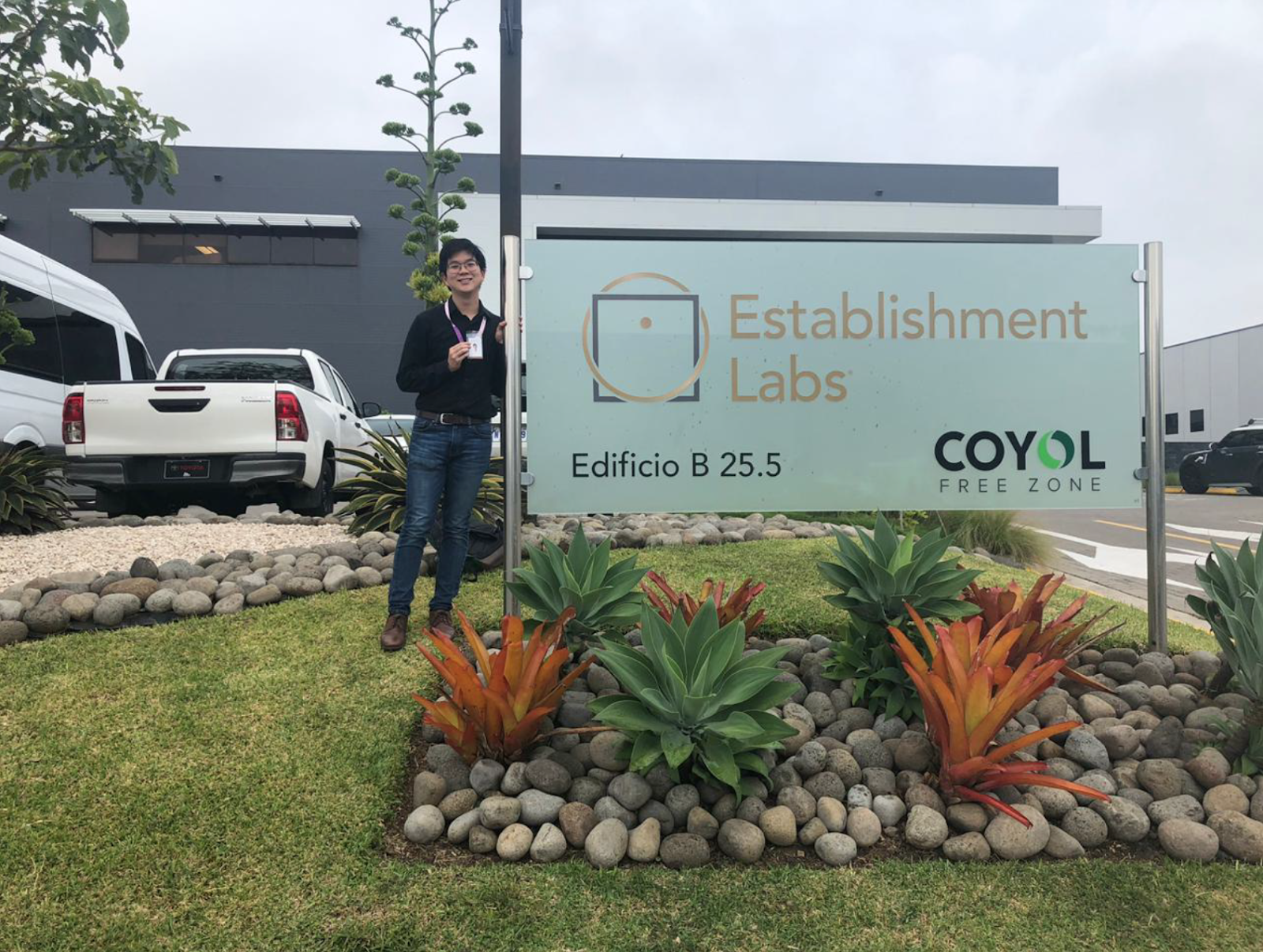 After a long and tiring day, I have finally made it back to the United States of America. Waking up at 4 in the morning, I am currently running on about 5 hours of sleep today so if there are any typos in this post please excuse them. It also doesn’t help that I wandered around outside in the “wonderful” Houston summer for about an hour looking for and fixing my bike. After a total of 10 weeks in Costa Rica, it feels good to be back, but I must confess that I will miss all the things we did, like the GMI Friday dinners, as well as all the people I met over there.

Since the last blog post I wrote, there are some new developments, some good and some bad (I will talk more about this in a bit). At my internship in Establishment Labs, I was able to wrap up my prototypes and create two versions of the design I was working on. During shadowing we were able to visit Hospital Mexico and shadowing Gastroenterology. During these procedures we watched as doctors performed diagnostic endoscopies, where they used an endoscope in the colon to search for polyps or other abnormal areas. We were also able to watch a bunch of Peroral Endoscopic Myotomies (POEMs), a relatively new procedure in gastroenterology. An endoscope is used to cut overactive muscles around the esophagus to help patients with difficulty swallowing. By watching this for three weeks straight, I was able to better identify which parts were consistently difficult for the physician and notice some areas of improvement in specific situations. For example one of the patients came in for the procedure with a fungal infection. Due to the resulting inflammation, the doctor was not able to maneuver the endoscope effectively to cut the throat, meaning the procedure had to be postponed. Since this type of infection is decently common for patients who have difficulty swallowing, a method to check for this while the patient is being prepped for the operation would be able to cut down on wasted operation time, minimize patient trauma, and conserve resources. While we were able to generate many needs in the clinical setting, unfortunately our shadowing this month was cut short. There was a national holiday on the first Friday in August and nursing staff in the hospital went on strike for the second. Regardless, these observations will be useful, especially when we begin to observe in the US hospitals during the coming year.

At this point you might be wondering why I named this blog post the way I did. After all everything at this point seems pretty par for the course when considering the past two. The reason for that stems from the weekend trips we took. Since the last post, the only place I visited was Jaco, an idyllic beach near San Jose. Staying at an all-inclusive resort, we were able to spend time at the beach, go to the pool, and even walk the floors of the casino in the hotel (we didn’t have enough money to gamble so at least I didn’t lose any money this way). However, while I was at the beach, I had the misfortune of overestimating my swimming ability and underestimating how strong riptides can be. Suffice to say, had it not been for Genevieve and two others at the beach, there was a chance that my experiences in that riptide could have been way worse than they were. The plus side to almost drowning was that I was able to get tons of free fruit from the hotel and I learned valuable lessons when swimming in the ocean.

1. When you are in a Riptide swim sideways. Don’t swim against it like I did

2. There is a high likelihood that I will not go past my waist in the ocean in the future

All in all, even with this experience, I am happy with the time I spent in Costa Rica. Having the opportunity to meet all my amazing coworkers, spend time with the rest of the GMI cohort, and be able to shadow in international experiences has better informed what I can expect with the remainder of the GMI program. With orientation and classes starting next week I am excited to talk about my future projects and hopefully not be constrained with what I can and cannot say due to an NDA.