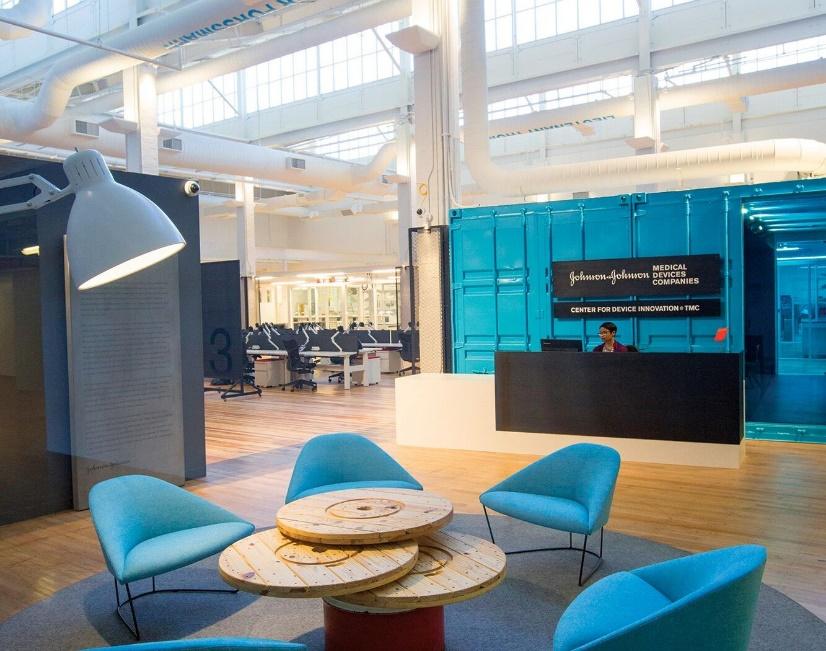 It’s hard to believe that it’s been a month since I left Costa Rica and moved to Houston. I’ve learned so much between my internship and observation experience and have really enjoyed getting back into the technical side of the healthcare industry that I’ve missed during the past two years in consulting.

My summer internship has been at Johnson & Johnson’s Center for Device Innovation at Texas Medical Center. The “office” is an extremely open space, with a half of it dedicated to desks and meeting areas and the other half a machine shop and labs for prototyping and testing. It really feels like an engineer’s playground, and I’ve been trying to take full advantage of developing my technical skills with all of the tools, machines, and brilliant engineers I have access to.

For the duration of the summer, I am working on a project that is developing an esophageal protection device to be used during catheter ablation procedures for the treatment of atrial fibrillation. This is a minimally invasive procedure in which catheters are threaded to a patient’s left atrium through the femoral artery. An electrophysiologist then ablates (burns) a pattern in the left atrial tissue that eliminates the conductive path and therefore stops the transmission of disorganized electrical signals that cause fibrillation. This is a relatively common procedure (200,000 performed / year in US) that has seen a lot of innovation and advanced techniques developed to effectively treat the disease. However, there is a risk of burning the esophageal tissue as the esophagus sits very closely to the posterior wall of the left atrium, the area that is being ablated. In very rare cases, the burns on the esophagus, created by heating up the heart tissue in close proximity, do not heal properly and can create a fistula, a connection between the esophagus and the atrium. While this is a rare complication, it almost certainly leads to death, so physicians are often hesitant when ablating the cardiac tissue to avoid any potential esophageal damage. The issue with being conservative while ablating is that if fully transmural lesions (through the entire thickness of the heart) are not achieved, the cardiac tissue can still conduct the disorganized signals, so these patients are not cured and have to return for repeat ablations. Roughly 25% of ablations per year are repeat procedures, and the annual cost for these repeat ablations can reach up to $3B, an obvious burden to the healthcare system.

Given this demonstrated need, my project is a device that intends to protect the esophagus from the ablation in order to prevent esophageal damage and allow for EPs to fully ablate the atrial wall, reducing the rate of repeat procedures. Overall, my role on this project has been on the business development side, helping to understand and formulate the regulatory and reimbursement strategies as it beings to approach commercialization. I’ve really enjoyed this opportunity as I get to use some of the knowledge I gained in consulting but in a setting that is more closely linked to an innovative technology.

In addition to our internships, once a week, Aedan and I observe in the Texas Medical Center. For this rotation, we’ve been shadowing Dr. Razavi at the Texas Heart Institute in St. Luke’s Hospital. Dr. Razavi is an electrophysiologist, so we’ve actually been observing catheter ablation procedures! It’s been extremely helpful to see a procedure firsthand to understand the issues that physicians face throughout the process and level of concern they have over esophageal protection. Aedan and I have also noticed a number of other pain points in the procedure, and we hope some of them could turn into design projects for the rest of the year. The physicians and fellows we’ve been shadowing have been so helpful and eager to share their opinions with us, so it’s been a very insightful experience.

Overall, I’ve had a great first half of the summer, between this program, exploring Houston and getting to spend time with my family! I’m excited to see what our second observational rotation holds and what my project team can accomplish over the next month.